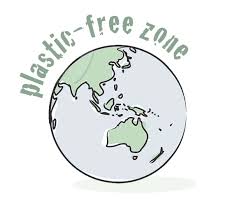 Every single piece of plastic that has ever been produced still exists today; it won’t be in the same place that you left it and will be it will probably be completely unrecognizable – but it is still here and it’s causing havoc to our environment!

Now we all know that this isn’t a new phenomenon and recycling schemes to tackle the problem have been around for years, so why are we still going on about this….? Because unfortunately plastic recycling just isn’t enough; it is costly and does not stem the production of virgin plastic products; this has resulted in plastic pollution growing at a catastrophic in our oceans, deserts, jungles and communities around the world.

Now it’s all well and good preaching about the problem, but acting on it is a whole different Issue! Devonia Water takes this stuff pretty seriously, and we have shaped our business model around tackling the problem! We genuinely believe that we need to move away from the ‘single use’ packaging model that all our competitors have adopted. Every bottle we sell is collected, washed, sterilised and re-filled. This allows us to boast an impressive 85% re-use rate and every year we save over 7000kg of waste from our landfill sites… More importantly Plastic does not play a part in any element of our production!

Inspired by Bali
This site uses cookies: Find out more.
Scroll to top